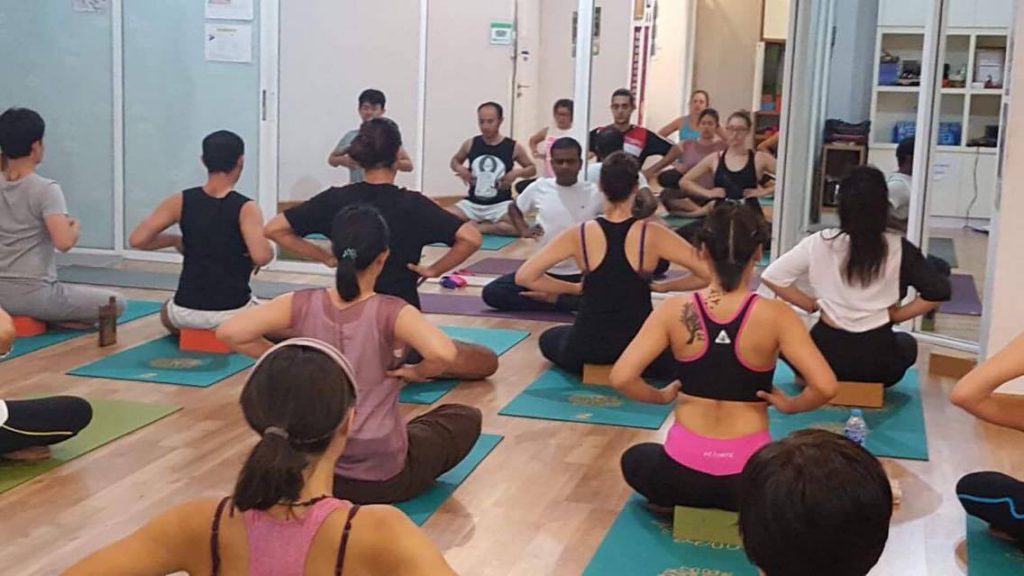 Nowadays Pranayam is second most popular practice of yoga. During this pandemic it became more popular as it has great role to play in preventive measures. People found that who started practicing Pranayama has better Oxygen saturation in their blood and developed better immunity. Pranayama helped numerous Covid-19 infected people to recover faster than others.

We can say that the history of pranayama will go back as long as human existence on this planet. All Pranayama practices are related to breathing and breathing is essential part of our being. Life starts with breathing and ends with it, so we can surely say that the practice has been with humankind from ages even before it is named as Pranayama. Many terms have been found and used for practice in different time like – Pranasamyama, Pranasangrahana, Prananigraha, Prananirodha, Pavanabhyasa, Vayunirodha etc. and of course Pranayama.

Pranayama practice has gone through deferent stages of time before Patanjali and Hathayoga or the way we do nowadays. It is well documented in different scriptures and text in different term and purpose of doing it. We can divide the time in different period or stages. Sequence given here does not mean one comes after another.

During Vedic period Pranayama was related with daily rituals, chantings, and religious practices. The students in Gurukuls were chanting long mantras as per the rules of chanting. Many long Mantras need to be chanted in one breath. Without sufficient lungs capacity and control on the breath it was not going to be possible. Either we can say – Pranayama was automatically happening while chanting long mantras, or they might be performing Pranayama practices to be able to control breath to improve the long mantra chanting.

Another way, Pranayama used to be part of oblation “Aahuti” while performing Yajna (sacred fire ritual). Before offering oblation in sacred fire, people will hold the breath for some time. Shatpath Brahman a Vedic literature says “Shwasam Niruddha Juhyaaditi” means “offer the oblation by holding the breath”. It does not give specific technique of Pranayama or how to hold the breath, but it indicates that they were fully aware of the purpose of holding breath. When they held the breath, it made them able to control the mind or contemplate on certain purpose or deity to who they were offering the oblation. We are well aware to the fact that prime purpose of Pranayama practice is to find control over the mind. At that time, the relation between breath-mind and body activities were in consideration.

Other Reference in Vedas:

In Smriti literatures name of the phases of Pranayama Puraka, Kumbhaka, and Rechaka are found but still no specific instructions of ratio mentioned. During Smriti time still Pranayama practice found to be the part of religious rituals. The reference from well known Manu Smriti tell us about how it was one of the important activities and also how it worked on the body.

means “Pranayama is the greatest austerity.” And the purpose of doing it could be related to clean the impurities at the spiritual, physical and mental levels.

“Just as dross from an ore can be separated by burning it in fire, similarly, by practicing Pranayama impurities from the organs also be cleaned.”

In Puranas time practice again mostly related to OM Chantings. It is done during Om recitation or Pranava Japa. Many author name the Pranayama in Puranas time as ‘Pranavatmak Pranayama” as it was done with Pranava or OM recitation. In the time of Purana, the content of pranayama were described as Purak, Kumbhak and Rechaka which should be performed with particular ratio like 1:1:2 or 1:2:2. However the art of holding breathing was most important part of Pranayama.

Bhagwat Gita describes practice in form of offering Aahuti or oblation as well. The expert of practice of Pranayama in this form known as a “Pranayama Parayana’.

In 8th chapter Bhagvad Gita describes the ‘Prana’ the vital energy of the body and practice with it called as Yoga Dharana or Yogic Concentration. It describes restraining or closing of the gates which can be taken as the practice of Bandhas in Hathayoga or similar to Pratyahara.

“Restraining all the gates of the body and fixing the mind in the heart region, and then drawing the life-breath to the head, one should get established in steadfast yogic concentration.”

For better understanding in Hatha Yogic term two Pranas are divided as Prana and Apana. Prana working above umbilicus and Apanna working below umbilicus. Through Pranayama practice with Bandhas or closing the gates, both enter in the others working field and create opposite force to each-other. Through this force energy gets the opportunity to enter in moon situated in head through Susumna or the middle path. The approach is to bring and stabilise this energy in the head.

This was the time when religious aspect from the practice was taken away by Patanjali. In the time of Patanjali 400 BCE Pranayama was described as Gati Viccheda (retention, pause, or stop) in Shwas (Inhalation) and Prashwas. Here the retention or holding of breath was described in 3 Vrittis or type or phases.

Patanjali mentioned these 3 Vrittis happen or seen in view of Desha – signs or region of the body where it is felt, Kala – time, Sankhya – numbers used to count in one breath and the ratio of inhalation holding exhalation. These 3 Vrittis or criteria can be used to see the progress or development of Pranayama. The benefit of Pranayama Patanjali describes as psychological and spiritual significance as removal of covering or dark layer around light and ability to practice contemplation for higher progress in Yoga.

In Tantra, Pranayama like practice is described along with 112 techniques of Contemplations or meditation. In Vijnan Bhairav Tantra 5th Century text, the techniques of meditation described which are based on breathing modifications with inner awareness:

‘When the breath or energy is retained either outside the practice of Rechaka or inside the Puraka and or retaining or Kumbhak, it leads to the deep calm state in which the kundalini rises and the Saadhaka gets enlightenment.

Shankaracharya in “Yoga Taravali” 8th century’s text described the importance of Pranayama. He describes importance of Nadi Shuddhi in order have the proper flow of Prana to listen Nada or inner sound. He describes Pranayama to be done with application of all Bandhas. Purpose of Pranayama with all Bandhas to prepare the practitioner for Kundalini arousal or to achieve higher states of Yoga. This is called Keval Kumbha Vidya.

“I adore the lore of the form of Keval Kumbhaka which is born of the result of the practice of three Bandhas, which is bereft of exhalation and inhalation and which dried up torrent of sense objects.”

“One should inhale slowly and exhale slowly one should neither retain breath for too long or beyond capacity, nor should one excel too rapidly. For breathing he selected the alternate nostril breathing technique.”

In Gheranda Samhita the voluntary practice of Pranayama is described as Sagarbha (with Mantra) and Nigarbha (without Mantra).

Anil Singh is the founder of Yogic Concepts who has more than 20 years of Teaching experience with educational institutes, yoga teacher trainings, and workshops to high profile clients. He also has ample of experience in wellness field, working with world famous wellness resorts and has delivered Yoga based wellness programs successfully. Currently he does Yoga and Pranayama Teacher Trainings in Thailand, India and Online.

In next blog we will discuss importance and purpose of Pranayama as per Hatha Yoga Tradition and different types of Pranayama.